Ward One, Washington, DC — Adams Morgan Residents woke on Tuesday morning, April 5, 2022, to see the former Suntrust Bank building at their central community corner (18th and Columbia Road, NW) painted with a mural that reads: “FREE OUR PLAZA para Miguel” in response to the fences put up around the plaza by Truist Bank (fenced in the wee hours of Monday March 20, 2022).

Miguel Gonzalez froze to death on March 25, 2022, nearby the plaza when a sudden arctic blast blew through through the Metro-area.

Mr. Gonzalez was displaced from the plaza and some of his gear was stolen when Truist moved to blockade the plaza corner even despite a court case pending about the plaza controversy.

Truist bank felt emboldened to put up fences after a February 11, 2022, public announcement by Ward One Councilmember, Brianne Nadeau who tweeted that she helped all the unhoused residents at the plaza be safely housed. Additionally, Adams Morgan ANC Commissioner Peter Wood sent an email to Truist bank officials ok’ing the fence permit a week prior to the Nadeau’s announcement.

The Adams Morgan community won a public easement in the form of the plaza (among other conditions) and have been openly using the site for almost 50 years. Unhoused Adams Morgan neighbors had been surviving at the plaza and under the bank portico for several years with the help of Adams Morgan residents providing water, food, clothes, bedding, and tents, and friendship, that is until Truist forcefully fenced in the site.

Plaza supporters are gathering petition signers and are asking supporters to write Councilmember Nadeau asking her to find .03% of the 2023 DC Budget (approx $4M) to end the controversy and purchase the plaza. More than 1200 people have signed the petition.

Nadeau has so far demurred, suggesting that there are other pressing issues in the Ward (despite the news of Mr. Gonzalez’s passing).

Plaza supporters have used the site as a social outreach and community gathering space for decades in part to serve low-income and unhoused residents surviving in one of the wealthiest neighborhoods in the city.

Adams Morgan residents who have witnessed the calamity of the fencing in of their town square plaza, and subsequent cascade of social issues (including the death of at least one unhoused Plaza neighbor and traumatization of several more), have submitted FOIA requests seeking more insights into the situation.

The Councilmember and ANC Commissioner (and their FOIA officers) have 15 business days to respond with emails, texts, phone communications, and any other documents associated with their dealings about the plaza controversy and its players (DC agencies, Truist bank, PN Hoffman, DCRA, AdMo BID, advocacy groups, and even the people who used to live there but were displaced by the fences).

View all posts by admo4rd

How the Adams Morgan Plaza could be! 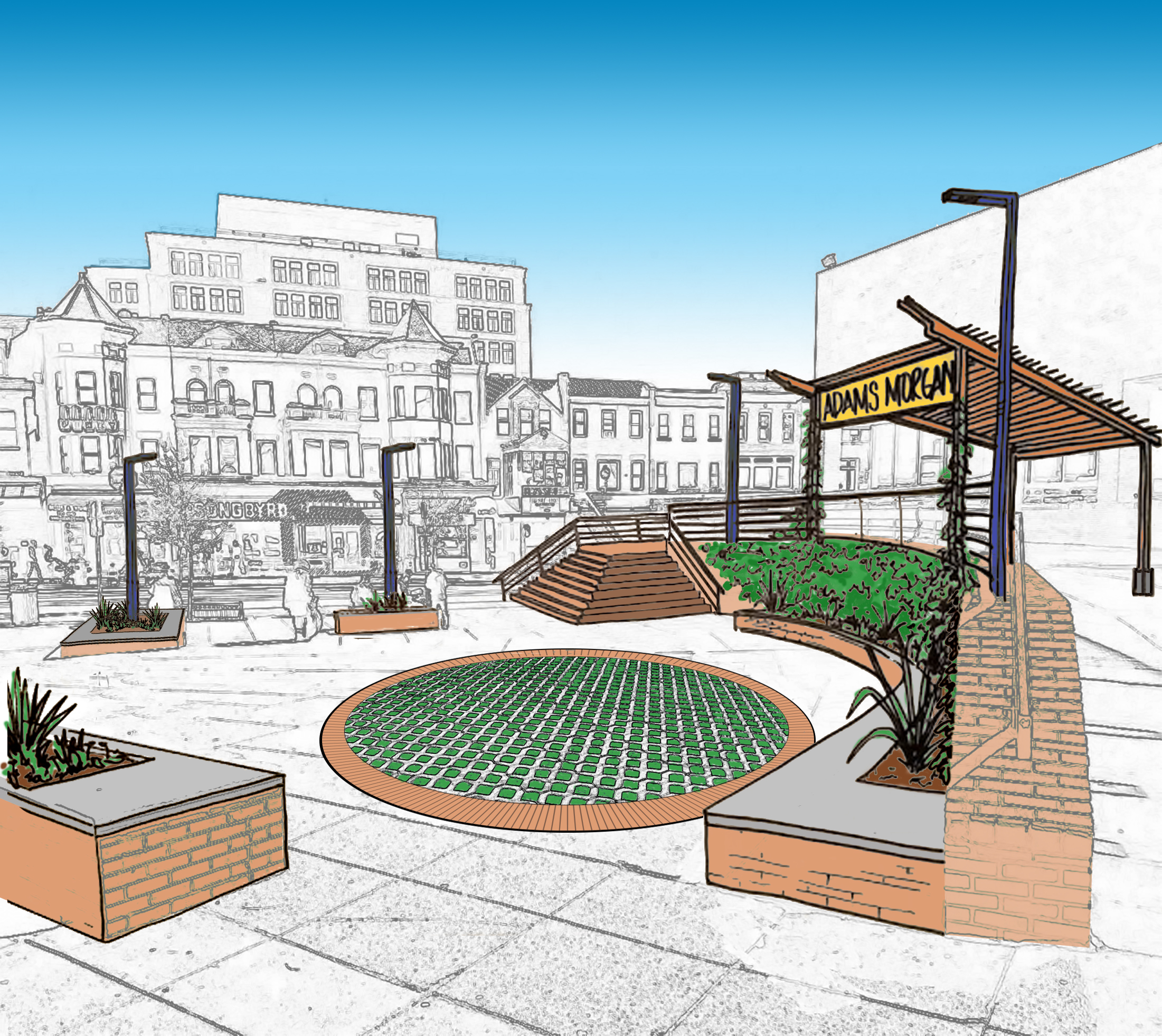 Donate to Save Our Plaza