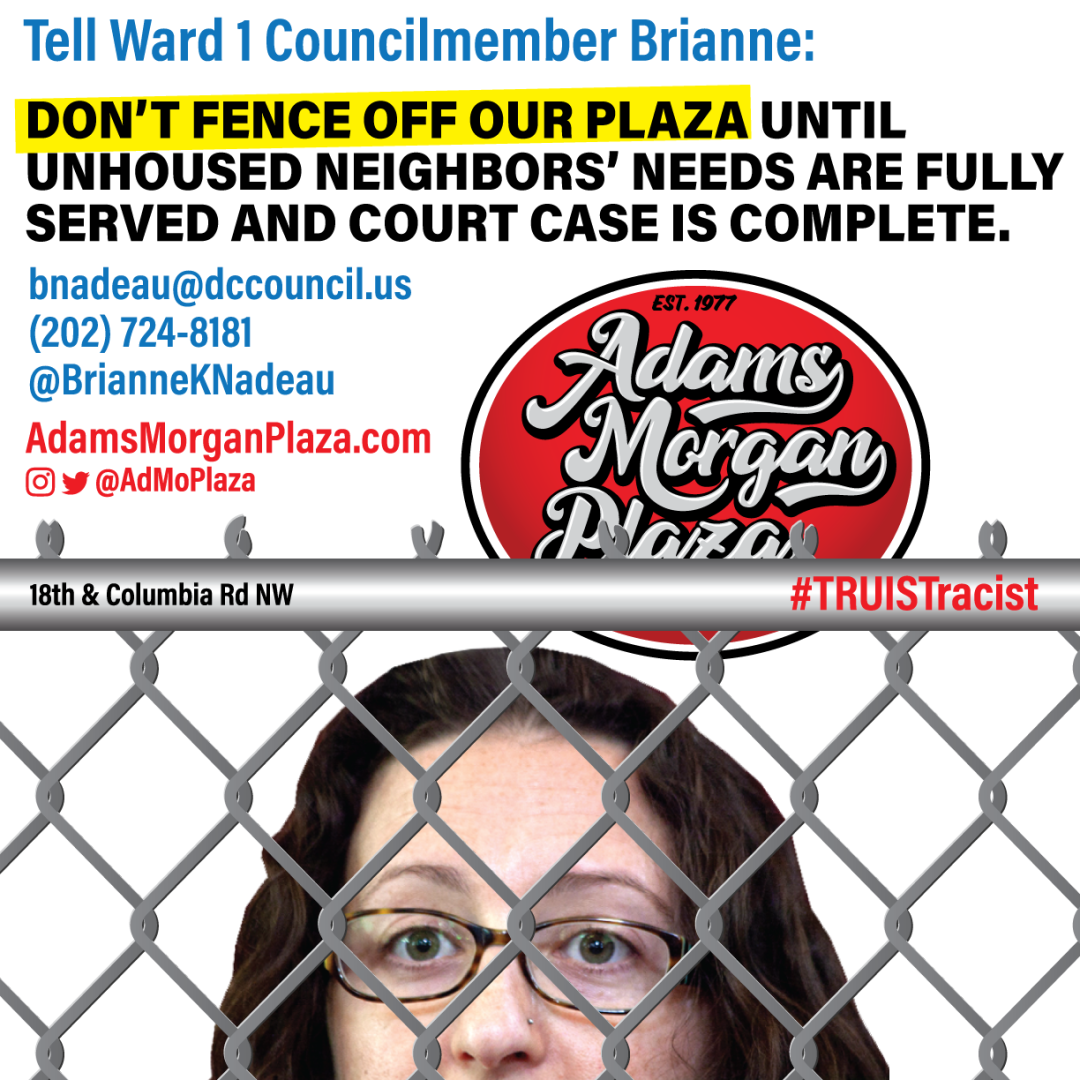 In January, 2021, Superior Court Judge Hiram Puig-Lugo refused to let a jury resolve the question of whether an easement should be recorded for the public use of the Plaza.

In 2017, Superior Court Judge Todd Edelman issued a preliminary injunction against demolition at the Adams Morgan Plaza and fast-tracked a jury-trial, but Truist has spent the past four years attempting every legal maneuver to avoid letting a jury consider the evidence.

We had no choice but to appeal the in the DC Court of Appeals and have submitted their briefing documents:

The DC Court of Appeals has still not calendared a date to hear arguments on the case and has yet to make any rulings on our appeal claims.

Yet now, Truist is threatening to put up fences around our plaza in a show of force, potentially by 12 noon on Wednesday, September 22, 2021.

View all posts by admo4rd

How the Adams Morgan Plaza could look if we stay involved.

Donate to Save Our Plaza 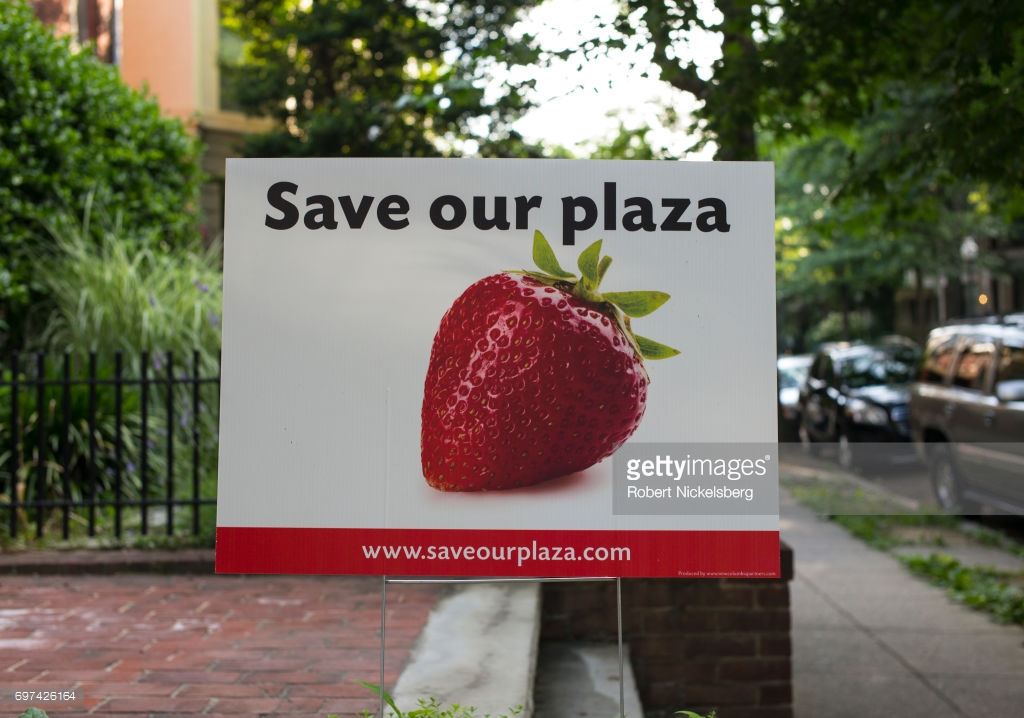 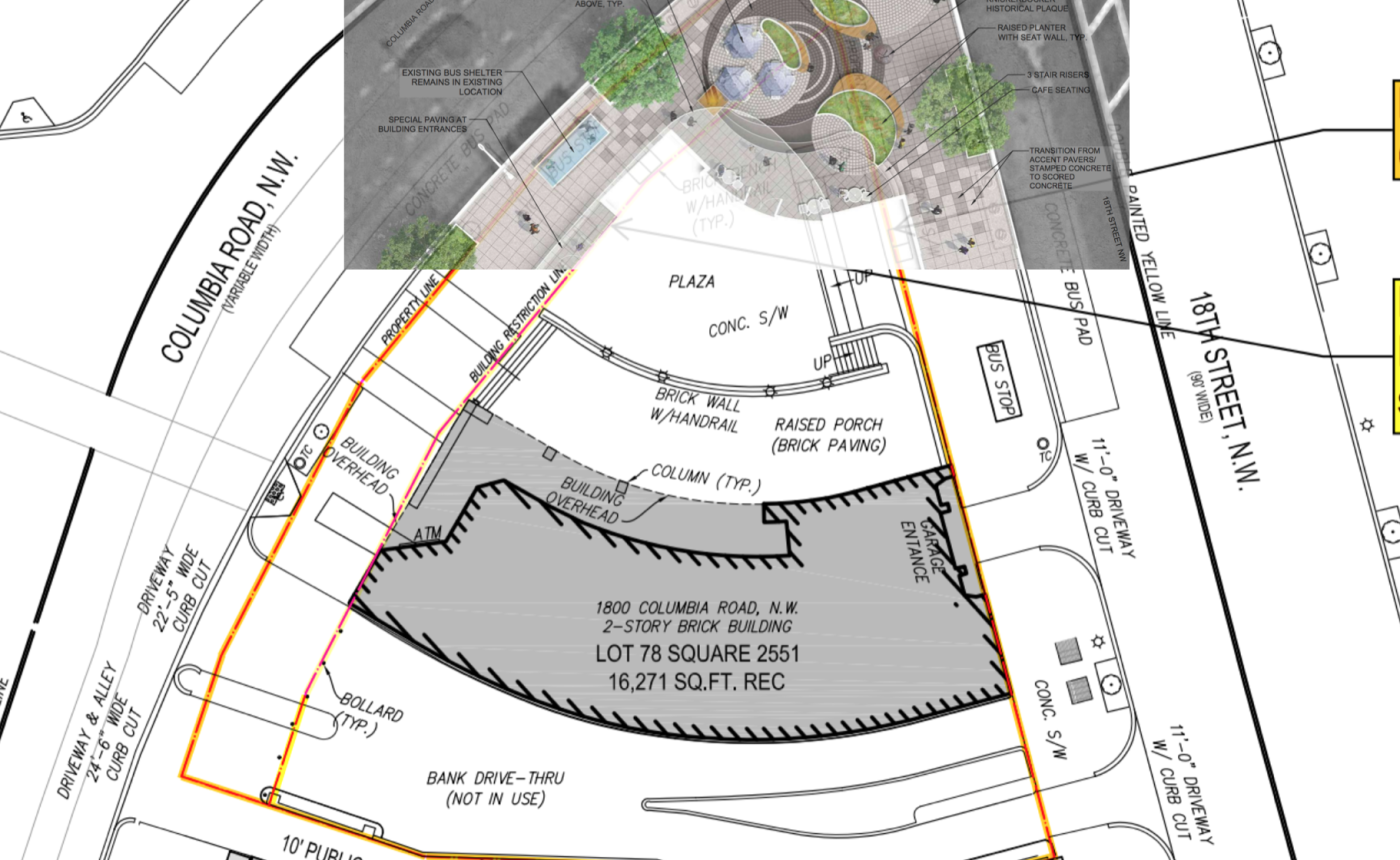